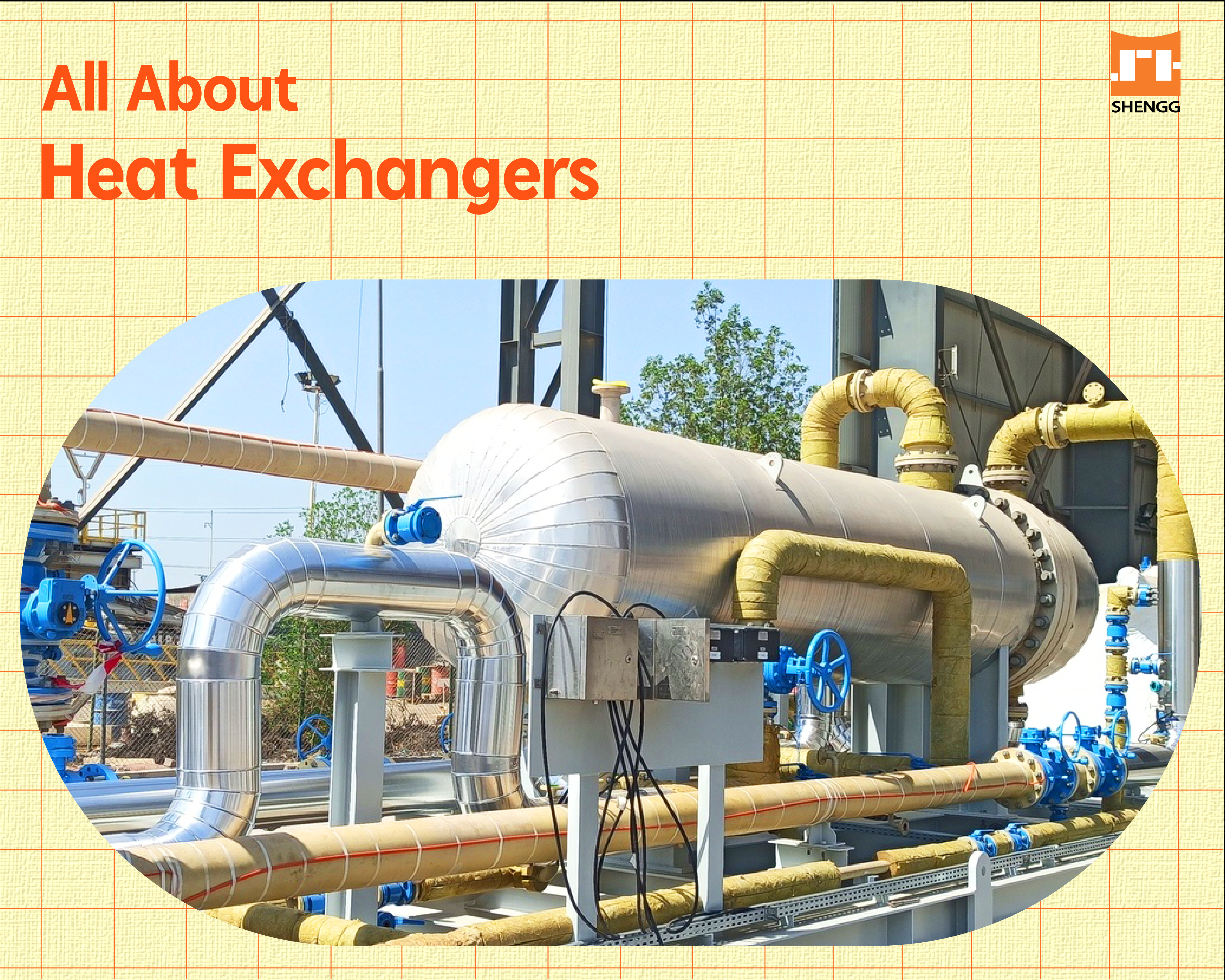 All About: Heat Exchangers

Heat exchangers are devices that are designed to transfer heat from one fluid to another, without the two fluids coming into direct contact with each other. They are used in a wide range of applications, from industrial processes to domestic heating and cooling systems. In this blog, we will take a closer look at how heat exchangers work and the different types that are available.

Heat exchangers operate on the principle of thermal energy transfer. They consist of a series of tubes or plates through which the two fluids are circulated. One fluid is used to transfer heat to the other, and the two fluids are separated by a barrier that prevents them from mixing. The heat transfer takes place through the wall of the tubes or plates, allowing the fluids to exchange heat without coming into direct contact.

There are several types of heat exchangers that are commonly used in different applications. One of the most common types is the shell and tube heat exchanger, which consists of a series of tubes that are surrounded by a shell. The tubes contain one of the fluids, while the shell contains the other. The fluids are separated by a tube sheet, which is a barrier that prevents them from mixing. Shell and tube heat exchangers are used in a wide range of applications, including power plants, chemical plants, and oil refineries.

Heat exchangers are essential components in a wide range of systems, and they play a vital role in many industrial and domestic applications. They are used to transfer heat from one fluid to another, and they come in a variety of different types and designs to suit different needs. Heat exchangers are an important part of modern industries, as they help us to make the most of the energy that we use.

We at SHENGG design and manufacture heat transfer equipment for the global oil, natural gas, and petrochemical industries. We are equipped to fabricate all types of high quality heat exchangers such as Shell & Tube, Double-pipe hairpin, Bayonet type, cooling tower, condensers, boilers and evaporators for Refinery, Petrochemical, Desalination & Power industries in accordance with International codes and standards such as TEMA and ASME.

One thought on “All About: Heat Exchangers”